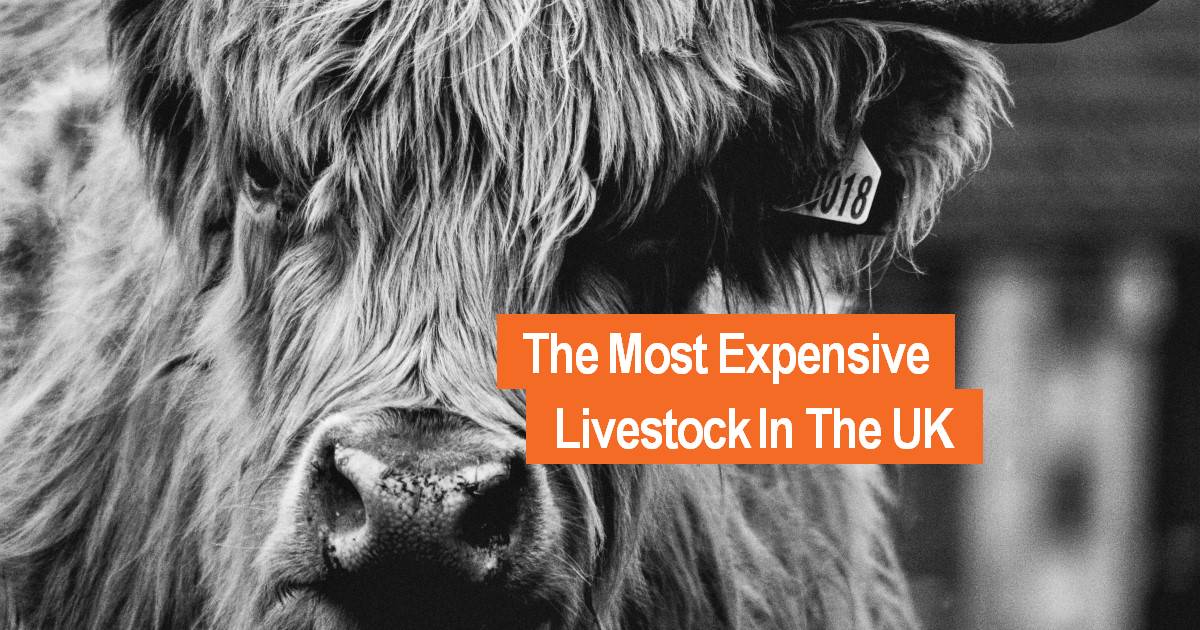 The Most Expensive Livestock In The UK

The cost of livestock varies wildly from breed to breed and from year to year.

There is a long list of things which often impact the price farmers are willing to pay, such as:

The list goes on and on, and the price goes up and up.

There are plenty of other factors that affect the worth of a specific animal – weight, health, breeding quality and genetics can all influence an animal’s value.

When general commercial livestock is sold in herds or flocks, there are normally bargains to be had. In these situations, the average price from past sales are a useful guide to know how much livestock should cost.

But sometimes there are animals which come along that break records and are worth a fortune – from breeding pedigree to rare breeds, certain livestock can be incredibly expensive!

We’ve taken a look at some record-breaking animals and the most expensive livestock breeds sold in the UK. These are not the normal “run of the mill” animals, these are usually carefully bred for the purpose of being sold at auction and/or continuing a breeding line.

Because of the cost of these animals and the long investment time, farmers often seek special livestock finance to help with the purchase.

These animals are investments!

The reason for the sheep’s record-breaking price was its elite breeding.

Breeder Charlie Boden bred Double Diamond as part of his Sportsman flock in Cheshire. The six-month-old Texel lamb was sired by the 2019 Lanark champion – Garngour Craftsman.

Although the Texel breed hails from the Netherlands, the breed has grown in popularity in the UK because of the exceptional quality of its meat.

According to the Texel Sheep Society, the average price for Texel Ram lambs in Scotland is around £4,700 per head, making Double Diamond’s astonishing price tag even more impressive.

This price drops to a more reasonable £1,200 per head in England and can be as low as £600 in Wales. One thing the statistics demonstrate is that the cost of Texel ram lambs in Scotland has increased over the years.

Texel sheep are the most expensive sheep breed to buy because their breeding lines are tightly controlled. They are also popular because the lambs typically gain weight evenly across their bodies, meaning they can be sold at almost any age if necessary.

Even more recently, in February 2021, a cow named Wilodge Posh Spice (after Victoria Beckham) sold at auction for £262,000.

This is the world’s highest price and doubles the previous UK record, which was previously held by Posh Spice’s mother “Ginger Spice”. The heifer was born and raised in Shropshire by a team of breeders who specialise in breeding top-quality cows.

Limousin is a highly sought-after breed because of the flavours of the meat.

According to the Limousin organization, Limousin cows are highly fertile, calves generally grow quickly, and in blind tests, Limousin meat was chosen as the tastiest.

It is not unusual for Limousin bulls to go for well over £4,000, although the average price according to the British Limousin society is around £3,500. Heifers are generally slightly cheaper, with an average price of £2,600.

As well as Posh Spice topping this by a considerable amount – it is also one of the few times that a heifer has sold for more than the bulls.

The first new breed of cattle to come out of Britain in more than 100 years, demand for Luing cattle is on the rise. As such, the price is also on the way up.

Recent auctions show that Luing bulls are generally selling for upwards of £10,000. Some are going for as much as £15,000 at auction in Scotland.

The Luing breed from the Isle of Luing off Scotland is sturdy, thrives in all weathers, and is generally easy to maintain as a herd – making it popular as a commercial breed.

Luing is bred for beef and is one of the most prolific breeds in the UK beef industry. Unless your beef is specified as a particular breed, it’s probably Luing.

Luing cattle are generally raised as heifer herds, and as such, prices for females are slightly lower, with an average of £4,000. Calves are slightly cheaper again at around £2,500. But this still makes Luing one of the more expensive livestock breeds in the UK.

One of the most well-known cattle breeds for beef, Aberdeen Angus remains in demand and is costly.

The Aberdeen Angus society reports that recent sales have seen bulls bought for upwards of £6,000. Bulls are generally more expensive, but recent sales have also seen heifers fetch £11,000. This is because of an increase in demand for calves and growing herds.

Like all the top UK breeds, Aberdeen Angus breeding is strictly controlled.

Aberdeen Angus is perhaps the number one red meat sold worldwide, so prices vary massively. There is great demand, but also a lot of supply. Over 25% of all beef sire calf registrations in 2020 were Aberdeen Angus – making it the UK’s most popular cattle livestock.

Because of its popularity, prices are often lower than other breeds which are rarer and therefore more expensive.

The Bluefaced Leicester breed is another pricey sheep breed.

Ewes regularly sell for around £8,000, but prices for rams can reach as high as £37,000. The breed is known for its long coat and strong nose shape.

Breeding is tightly controlled, and pedigree lineages fetch the highest prices at auction.

At sales across the UK, the average price for shearling rams is generally just over £1,000 per head, with lambs priced just under £900 for a small flock of 30. Although considerably lower than the Texel sheep, these are still fairly steep prices. Prices can vary massively based on demand each year.

Part of what makes the breed so popular and therefore so expensive is that it can be raised for both wool and meat. Other sheep breeds are usually one or the other, rarely both.

The thick, tightly curled coat is ideal for hand spinning wool, which is growing in popularity. Because of the increase in demand for its wool, this breed’s prices are expected to rise significantly over the coming years.

Prices are kept high as the breed usually only produces one young, rather than two each year, so numbers are limited compared to other breeds.

It can be incredible to think about the massive difference in price between two breeds of livestock.

While some animals are sold at industry-standard prices to meet growing commercial demands, some animals remain highly sought after and very expensive.

These more expensive breeds generally have standout lineages, they win at livestock shows and are in demand for breeding – hence their “big ticket” prices.

Investing in high-quality livestock is essential for farmers, with the various societies which control breeding, also seen as important to maintain the breed health and price!

With more people becoming aware of superior meats, it won’t be a surprise if we see more record-breaking animals in the future! 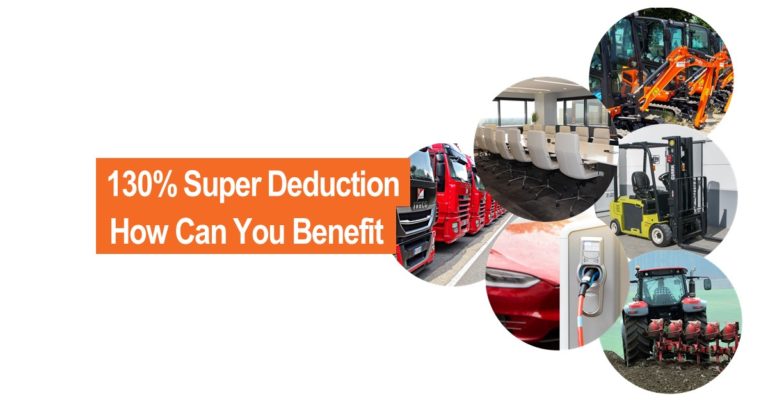 What is the UK’s 130% super deduction and how can you benefit?

In March of this year, the UK government introduced a new 130% tax deduction scheme. This new super-deduction scheme is possibly the most appealing capital 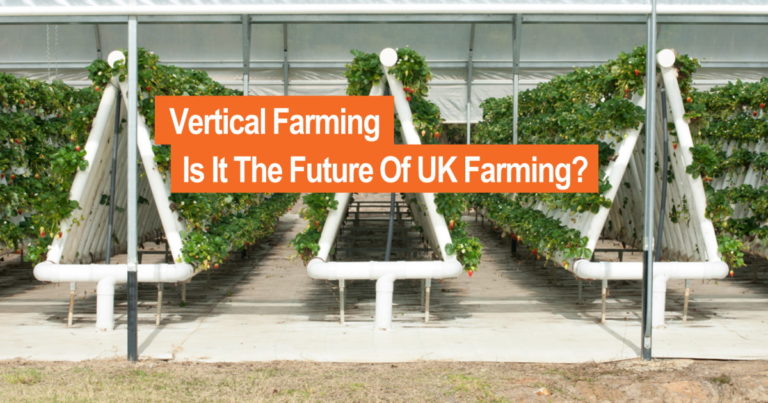 Vertical Farming UK – The Future Or A Phase?

Next year, a vertical farm costing £500,000 will be set up at Edinburgh’s King’s Buildings campus. Earlier this year, another venture into vertical farming was 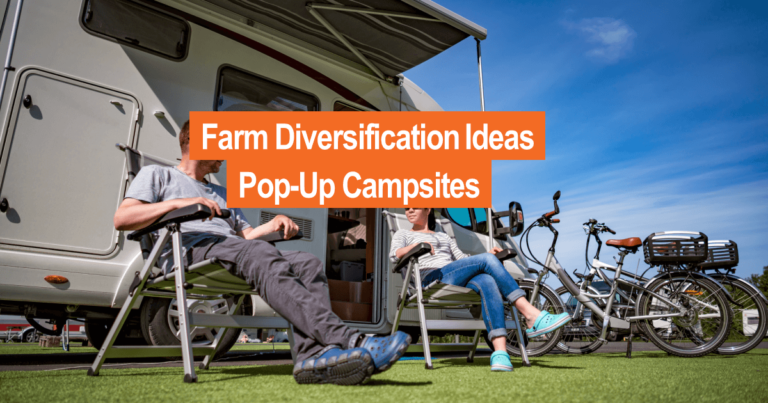 According to one UK campsite website, bookings for places to pitch tents or park caravans and motor homes has jumped by almost 300% in the